“I knew I could die at any moment”

Katarina Honoré had a heart attack last year and had to undergo surgery.  Here, she shares her story told from the unique perspective of a patient. 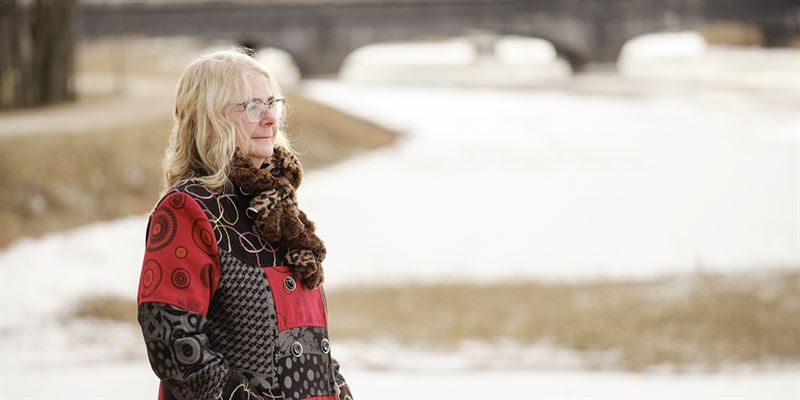 It is a late January evening last year, on the last day of a trip to Spain, when the now 61-year-old Katarina Honoré and her husband have to quickly leave the dinner table as she feels ill and drained of energy.

“On the way to the airport the next day, my nausea increased and I had explosive pain in my jaws and throat.”

In the departure hall, a man next to Katarina stands up and then falls together.

“He hit something during the fall and there was blood everywhere. The man had had a heart attack. It was an extremely stressful situation, but I disregard the fact that I myself was feeling worse and worse.”

When the plane takes off, Katarina begins to realize that something is very wrong. She is in incredible pain and feels as if she cannot breathe. After collapsing, she is taken care of by the cabin crew, but there is no one with medical expertise on board.

“I took painkillers and suffered immensely throughout the trip to Copenhagen. When we arrived, an ambulance was called and an ECG showed that the inconceivable had occurred – I too was in the midst of a heart attack.”

Katarina is rushed to hospital. The painkillers she had taken have calmed her heart, but its capacity is down to 20 percent. Katarina get morphine, which is the last thing she remembers.

“I wake up and learn that they have surgically implanted a metal mesh of stainless steel, called a stent, to reinforce the artery wall. But the situation is getting worse and I need to go back into surgery.”

This time Katarina is awake in the operating room while another stent is implanted.

“The staff keep exchanging glances, while lights flash on and off in different colors. I didn't know what it all meant, but the pain was tremendous and I knew I could die at any moment.”

After the surgery, Katarina is transferred to an intensive care unit in her hometown in southern Sweden. Everything carried out with the utmost care, as people are talking about a mysterious virus in China.“They wanted to keep me in hospital even after leaving intensive care, but I wanted to go home. A week later, I got it my way and also decided to return to my work as a politician and operations manager with the Swedish Trade Union Confederation Skåne.” 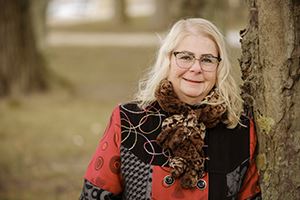 Work becomes Katarina's salvation, something she finds strength in to help recover from the heart attack. It is the same with her side job, where she works with animal welfare.“I am suffering from several chronical illnesses since before, struggling with both diabetes, COPD and fibromyalgia. I'm stronger after the care I received during and after my heart attack, but I don't feel whole.”

Katarina has been told a number of times that things were so bad that it is a miracle she is alive today. She feels lucky and grateful for the professional care she received.

“The doctors don't want me to work, but I love my job and to help people and animals. I do not do that much work at home and have even employed a housekeeper. In our free time, we take the camper to the coast – waking up by the water and looking out over the sea has a calming effect on me.”

Katarina goes to regular checkups and now has a doctor who manages her entire health care.

“I've always lived for the day and do it even more now. I am not healthy, but I am alive. And to be alive – that is something I consider pretty fantastic.”

Major symptoms of a heart attack:

If you notice the symptoms of a heart attack in yourself or someone else, call your local emergency number immediately.