“I love my scar, it encapsulates my whole life”

Suffering from scoliosis, Zoe Sophia had to undergo surgery at a very young age. Today, a giant scar covering her spine is a constant reminder about the pain she managed to go through. 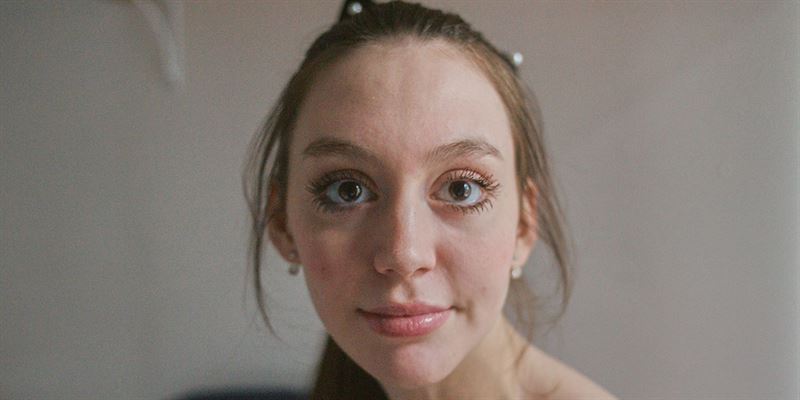 At age 7, Zoe Sophia, who had been dancing ever since she could walk, was diagnosed with scoliosis.

“My spine was shaped like an s and twisted. The doctors said I would either grow into the curve or out of it. I definitely grew into the curve and it got bad. We are talking years of physical therapy, back braces and breathing exercises. The pain ultimately forced me to stop dancing,” says Zoe Sophia, a 24 year-old from New York City, US.

Zoe desperately wanted to avoid surgery, but at age 14 there was no other option than to have a spinal fusion where the doctors put screws and rods in her back. Even though it went well, she grew out of the corrections and into the curve again and it got worse.

“My back was so uneven. I always leaned over, sinking into the curve. It was extremely painful. I couldn’t fit into anything so I wore big jumpers, thigh high socks and had long hair that covered my back. People thought it was a cute signature look, but it was me covering up my scoliosis.”

Zoe knew a corrective surgery was needed at some point and when she was 19 it was time, and she was actually excited about it. It would be risky this time though; a 12-hour surgery which Zoe today refers to as the one giving her the giant scar.

“They opened up my old scar, removed the hardware and defused what was once fused. They tried to untwist and then refuse everything again and put in new hardware.”

After the surgery, the road to recovery was long and painful but Zoe was happy because she knew the pain was leading towards something incredible that would change her life.

“For my whole life, I had been off-center. Being in that kind of pain is not fun. But this time it was a positive pain because it would eventually help me heal and get better.”

Zoe started to feel empowered by her scar. She doesn’t see it often, but whenever she get a glimpse of it in the mirror it reminds her of how strong she is and how much she has managed to go through.

“It’s my favorite part of my back, which look so much better now. I will always have scoliosis and the pain that comes with it but my life has changed to the better.”

Today, Zoe want to inspire people to love their flaws and insecurities.

“When people see scars, they don’t see all the pain and struggle behind it. I love my scar, it encapsulates my whole life.”

Zoe is currently starring in Getinge’s latest brand campaign showing her beautiful scar to the world. Check it out >>